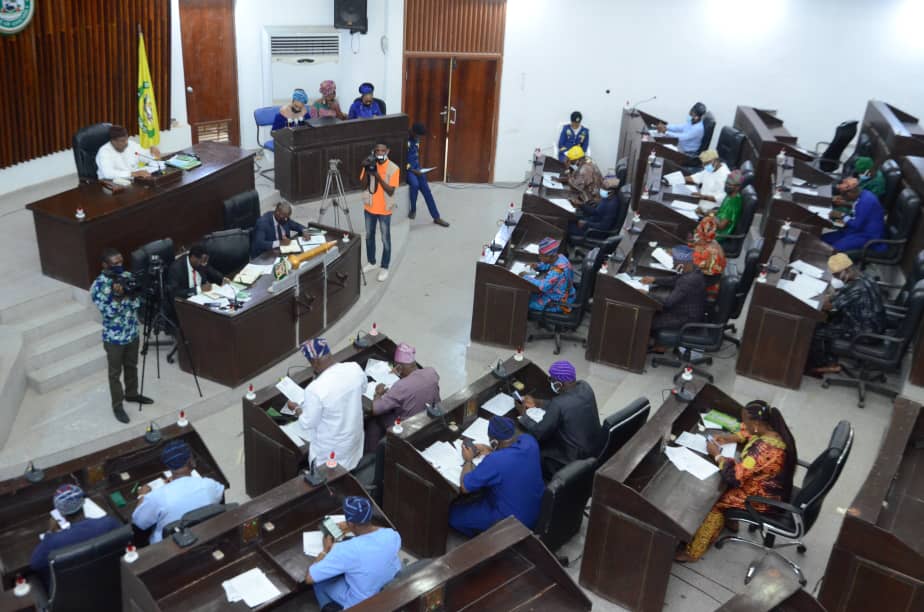 Concerned by the devastating effects of the ravaging massive flooding across the States of the Federation, the Ogun State House of Assembly has commiserated with residents who lost their loved ones and others whose properties were affected by the natural disaster.

This was just as appropriate Federal and State government agencies have been challenged to evolve more proactive measures towards containing any future flooding and other eventualities that could result in loss of lives and property.

The Speaker, Rt. Hon. Olakunle Oluomo, issued the admonition while responding to the submissions of some lawmakers who spoke on the effects of the flash flood on their constituents in the previous weeks, adding that it had become imperative for residents to ensure strict adherence to good and safe environmental practices by avoiding indiscriminately dumping of refuse in drainage and water ways.

Advising the residents of communities around the river banks to consider immediate relocation in the wake of torrential rains, the Speaker sought the intervention of the State Government for the re-channeling of canals, blocked drainages and waterways to reduce the effect of flood.
Oluomo also assured residents, especially road users that palliatives would soon be applied on the Lagos-Abeokuta expressway to alleviate the hardship of commuters and further improve the socio-economic conditions of the people.

The Speaker assured that the Assembly was contributing its quota with the State government to address the deplorable condition of the road which cut across three Local Government Areas, noting that efforts were in top gears by necessary stakeholders to provide respite for road users who often ply the axis through the Assembly’s intervention.

Earlier in their presentation, the members representing Ifo 2 State Constituency, Hon. Ganiyu Oyedeji and his Ewekoro counterpart, Hon. Yusuf Amosun, spoke under personal explanation on the need to apply palliative on the Lagos-Abeokuta Road and roads linking Alagbole -Akute in Ifo which were affected by flash flood and thus required immediate Government attention through channeling of water- ways and clearing of drainage.

Also, the members of the Assembly observed a minute silence in honour of the former Clerk of the Assembly to become a Head of Service, Engr. Lanre Bisiriyu, who died early this morning.