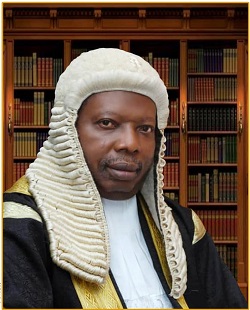 Prince Olakunle Taiwo Oluwabukunmi OLUOMO was born at Ifo on Friday 11th of October 1963 into the family of The Late First Olu of Ifo, His Royal Majesty, Oba G.O.S. Oluomo Aloba (Ajagungbade 1) and Alhaja Tawakalitu Agboola–Oluomo. He had his primary education at St. Michael Catholic Primary School Babalosa–Mushin, Lagos and his Secondary education at Anglican Grammar School, Oke-Nla, Ifo. He is a member of the First set of the school that was just converted to Secondary School from Modern School in 1976. After a failed attempt to travel abroad for further studies because his father believe he should start running the business after secondary education, he escaped to Kano without the consent of the family and registered as external student with Kano School of Basic Studies, where he sat for G.C.E. 'A' level in Government and Christian Religious Studies in 1986. He later studies Journalism at the Defunct Pyramid School of Professional Studies (Then an Affiliate of Bayero University) between 1987 and 1988. Between 2006 and 2008, he was at the University of Lagos where he obtained Diploma and Advance Diploma in Public Affairs Management and Corporate Affairs and Registry Management respectively while the Degree in Public Administration is in view. After obtaining Diploma in Journalism in 1988, he became a Freelance reporter for many Newspapers in the Northern Nigerian then, particularly Kano State owned, Triumph Newspaper and New Nigerian Newspaper among others. In early 1989, he joined some young Journalist in Kano to establish Kano Mirror Newspaper, but that alliance could not work based on divergent ideology of the owners, so he returned to Ifo late 1989 to establish IFO NEWS (A Bilingual Tabloid) that was the first of its kind in Ogun State and its area of Coverage was the then big Ifo Local Government out of which Ewekoro Local Government was created in 1996. He also published the book Who's Who in Ifo Local Government in the year 1990. When it is no longer profitable to publish the Newspaper because of lack of advert to sustain it, he diversified into Public Relations, Printing and Corporate Affairs Services under a newly registered company called Pinkrose Communications Enterprise where he served as CEO/Managing Director from 1994 till he was elected a member of the Ogun State House of Assembly in the year 2011. Vocationally, Prince Olakunle Oluomo is a well known local Champion in Human Right Activism and Youth Development. He ventured into Politics in 1994 when he joined National Conscience Party (NCP) and was made a member of the Interim National Governing Council of the Party by the “Stormy Petrel” Chief Gani Fawehinmi SAM, SAN. He contested Election into the Ogun State House of Assembly in 2003 and lost in the Election. In 2006 he joined the Alliance for Democracy (AD) and later same year with some members of the Alliance for Democracy joined the SIA movement and later find themselves in the All Nigeria People’s Party (ANPP) under which he contested again as the House of Assembly Candidate, even though the polling booth by polling booth result of that elections showed that he won, but he was rigged out in connivance with the election umpire by unilaterally cancelling the result of a concluded election of Ifo Ward 2, for which result has been given to the party agents just to ensure Oluomo was not declared winner. For the third time again in 2011 he contested as candidate of Action Congress of Nigeria (CAN) and won the election to represent Ifo 1 State Constituency in the Ogun State House of Assembly during which he served as Chairman, House Committee on Local Government and Chieftaincy Affairs and also as Vice Chairman House Committee on Justice, Ethics and Public Petitions. When ACN metamorphosis into APC, again in 2015 he contested under the party and was elected into the House for the Second Term, graciously he was elected by other Members as the Deputy Speaker. His sterling qualities was again recognized by his colleagues in the 9th Assembly and this culminated in his election as the Speaker of the Ogun State House of Assembly for the period 2019 to 2023 Hon. Oluomo is widely travelled and has attended workshops, seminars and training courses in Leadership/Management in countries like United Kingdom, United States of America, Canada, South Africa, Dubai in United Arab Emirates and of the Administrative Staff College of Nigeria (ASCON), Topo, Badagry.

He founded, Ifo Forum for Rights and Democracy in 1992 and also brought Committee for the Defence of Human Right (CDHR), Civil Liberties Organization (CLO) and Campaign for Democracy (CD) to Ifo and was at various times Chairman, Secretary or Coordinator of the Organizations in Ifo. In the area of Youth Development, Prince Oluomo was the founder of the famous Ifo Youth Concern that organizes annual leadership training for students of both Public and Private Secondary Schools in Ifo Local Government between 1996 and year 2002. Activities of the youth body include organizations of workshops and seminars for Youths and Students in the area of Leadership, Sex Education and Environmental protection. Over one thousand (1,000) students participated in the Programme that took them on excursion visit to various places of interest, particularly the twenty-two (22) of them that were taken on one week tour of Abuja in the year 2000 where they watched the Senate sitting/proceedings live presided over by Late Senator (Dr.) Chuba Okadigbo.