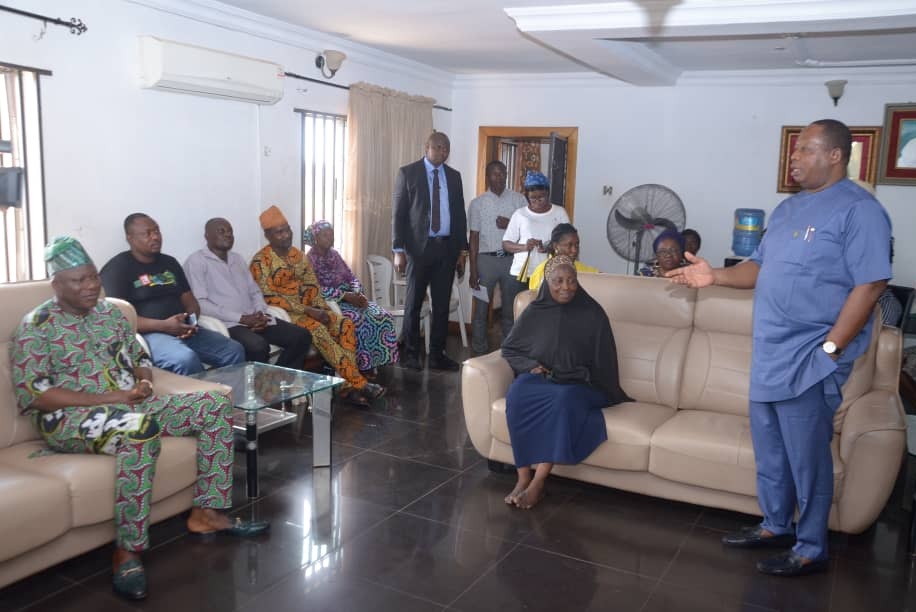 The Speaker of the Ogun State House of Assembly, Rt. Hon. Olakunle Oluomo has led other lawmakers on a condolence visit to the family residence of the late former Clerk of the Assembly, who also rose to become the State Head of Service, Engr. Lanre Bisiriyu, who died and was buried two days ago.

Oluomo in company of his Deputy, Akeem Balogun and the Majority Leader, Yusuf Sheriff, who were received by the wife of the late Head of Service, Alhaja Busirat Bisiruyu, described the deceased an exemplary gentleman and astute public servant who has etched worthy legacies in the sands of time beyond the State Public Service.

Recalling his life and times as the Clerk of the Assembly during the 8th Legislature, Oluomo stated that he would be fondly remembered as an unassuming bureaucrat, who impacted meaningfully into the lives of others and the entire humanity.

The Speaker further prayed that almighty God grant the family and his loved ones the fortitude to bear the loss of the late Head of Service.

Responding on behalf of the of the family, Dr. Demola Bisiriyu appreciated the visit of the Assembly’s delegation.